What is FIRST LEGO League Jr.?

FIRST LEGO League Jr. is designed to introduce STEM concepts to kids ages 6 to 10 while exciting them through a brand they know and love − LEGO®.

Guided by adult coaches and FIRST® Core Values, students build models using LEGO® Education WeDo 2.0 and create Show Me posters to present what they learned. The program focuses on building interest in science, technology, engineering, and math (STEM) through a real-world challenge – to be solved by research, critical thinking, and imagination.

The really cool thing about FIRST LEGO League Jr. is…all skill levels are welcomed and needed, technical or non-technical. Teams need all kinds of skills and creativity to succeed, so what are you good at? Chances are we have a job for you. And we’ll probably teach you a few new ones while you’re with us.

The most successful team coaches are people with at least an interest in science and technology, and in helping kids discover and learn. But we can’t emphasize enough that no special technical skills are required. Anyone who wants to be a coach will receive all the training and help he or she needs.

Student team members are encouraged to bring any skills or interests they already have, but most importantly a desire to learn and solve problems as a team. FIRST LEGO League Jr. welcomes every student, with or without special skills. Like our coaches say, “This is the only sport where if you show up, you can play.” 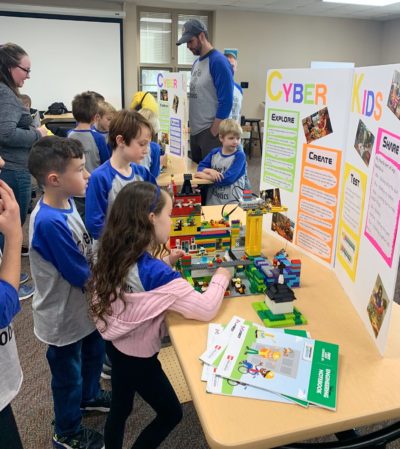 What does every FIRST LEGO League Jr. team need?

FIRST LEGO League Jr. Discovery Edition is a playful introductory STEM program for teams of children (grades PreK-1), that ignites their natural curiosity and builds their habits of learning. This pilot edition of the FIRST LEGO League Jr. program is offered in the classroom setting.

At the FIRST Championships in Detroit this past year I had the extreme pleasure of attending the FIRST LEGO League Jr Expo.  I have attended smaller expos in the past, but never at the Championship event. As I entered the room in the Cobo Center I was instantly struck by how global this program truly is.  I was handed coins from Taiwan, candy from Japan and was bombarded by very eager children from all over the world so they could share their projects with me.

As a former classroom teacher, I have always loved project based learning and experiential learning.  What I saw that day was hundreds of children from ages five to ten with their parents and coaches having a chance to share the work they did and the problems they had attempted to solve in order for humans to live on the moon.

Some of the teams had designed drills to extract ice from under the moon’s surface. Others had addressed utilizing solar power for electricity while others addressed transportation on the lunar surface.

I interviewed several teams, not as an official reviewer, but as a very interested member of the public.  I thoroughly enjoyed learning about the kids, their projects, where they were from and what they learned by doing FLL Jr.  I heard several of the students talk about learning teamwork and learning basic coding skills. However, it was the last group that I met that left me overwhelmed.

I stopped and talked to a group of four girls from Detroit.  They were seven years old. They each took turns showing me different aspects of their project, their board and programming.  I asked what their favorite parts of the project were and they were overjoyed to share with me what they loved doing.

I finished by asking them the same question I always end with when talking to FLL or FLL Jr students, “What is one think you learned BECAUSE you did FLL Jr.”

One of the girls stepped out from between the others, looked up at me and said, “when we began our project, we each worked on different parts, then at the end we brought the separate parts into one projec.  The lesson I learned is that we are better…together.”

This is what drives me everyday to want to help more students all over Indiana get access to this program.  Too much divides people today.  This program brings people together.

About the Author: Renee Becker-Blau