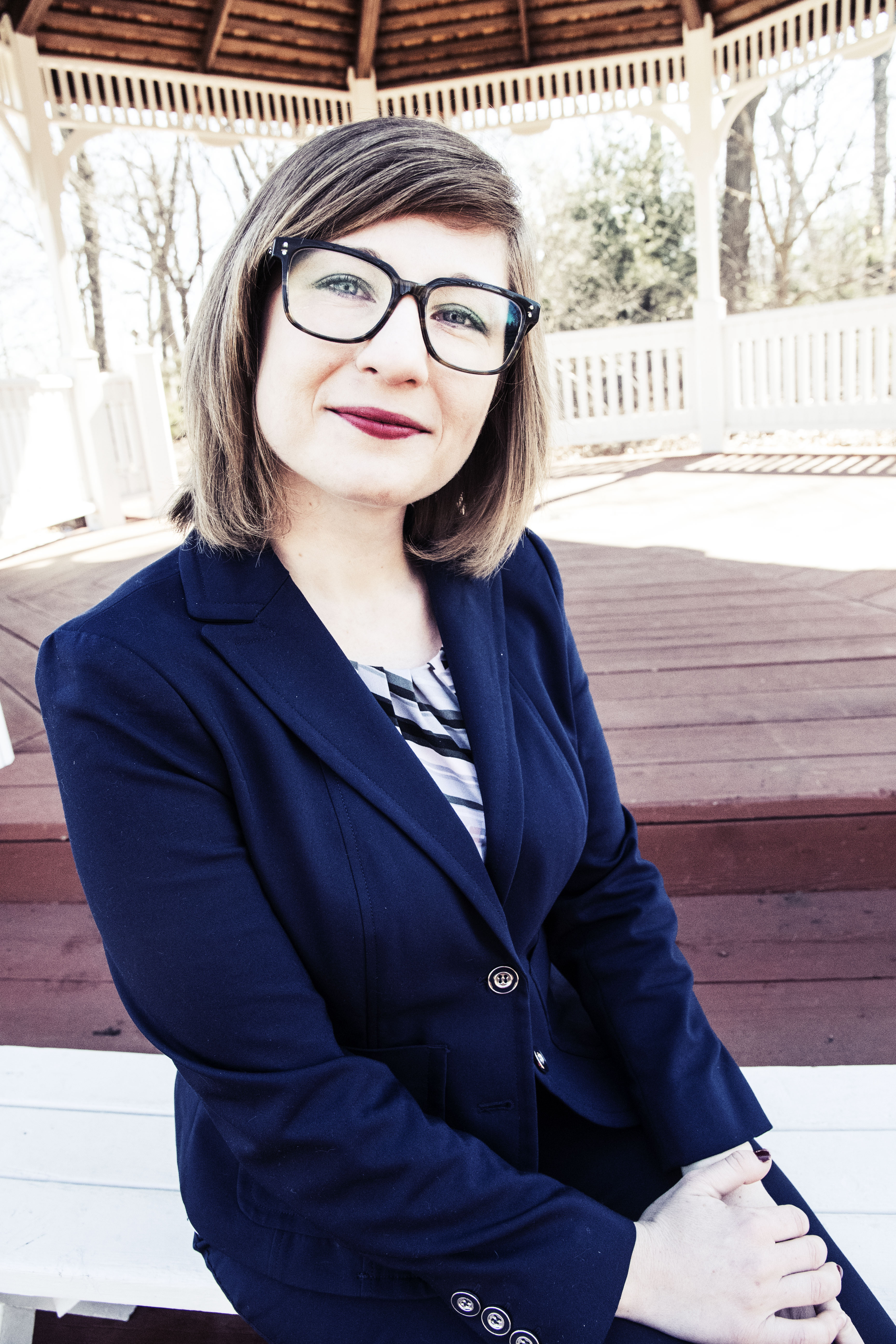 Mary Rinehart is the President/CEO for 1st Maker Space, LLC, where she writes curriculum, manages educational products, and delivers making-centered professional development to educators across the State of Indiana. Previously, she served as the Engineering and Technology State Program Leader at the Indiana Department of Education and a Family Consumer Sciences Teacher at Pike High School. Mary has a Bachelor’s Degree of Science in Family and Consumer Sciences Education from Purdue University and a Master’s Degree in Curriculum and Educational Technology from Ball State University.

Mary has been involved in FIRST since her student days on FRC 71, Team Hammond. After high school, she volunteered with Purdue FIRST and went on to be a lead coach for Team 1018, the Pike RoboDevils. During her time in Pike Township, Mary grew Team 1018 into Pike Robotics and started six new FLL teams while growing relationships, corporate partners, and support for robotics across the district. Mary still serves as a Chairman’s Mentor for Team 1018. 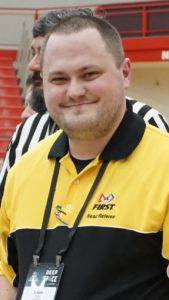 Logan Byers is a Senior Controls & Systems Engineer at PTS Diagnostics, a medical device manufacturing company in Indianapolis. In 2012, he graduated with a B.S. in Electrical and Controls Engineering Technology from Purdue University – West Lafayette.

Logan began his involvement in FIRST as a high school student at West Lafayette High School with FRC team 461 in 2002. After graduating high school in 2006, he continued to stay involved by volunteering as a referee and robot inspector until 2010. In 2010, Logan joined Purdue FIRST Programs (PFP) and became a mentor and drive coach for FRC team 1747, Harrison Boiler Robotics. In 2011, Logan was appointed as the team’s Director of Robotics and helped lead the PFP mentors for the team. After the 2011 season, Logan then returned to volunteering and refereeing and has been a Head Referee in the state since 2014. 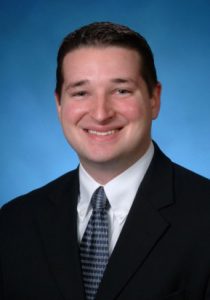 Brett Breedlove is a manager at Katz, Sapper & Miller’s Audit and Assurance Services Department. Brett’s primary responsibilities include auditing and reviewing financial statements and advising clients in accounting, reporting, compliance, and internal control matters. Brett has worked in public accounting since 2006, and has experience in several industries, including the manufacturing, dealerships, and financial services industries.

Brett is a member of the American Institute of Certified Public Accountants and the Indiana CPA Society. Brett began his involvement with FIRST in high school as a member of FRC Team 45 Technokats, based out of Kokomo, Indiana. He joined the FIRST Indiana Robotics board as treasurer in December of 2013. 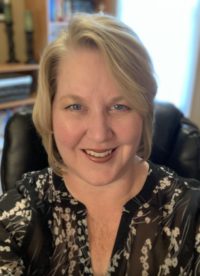 Amy Liimatta is a Senior Engineering Manager at BAA, an engineering consulting firm located in Columbus, Indiana.  Previous to BAA, Amy spent 26 years with Cummins in various project management and engineering roles within the Service function.  She is also certified Six Sigma Blackbelt.

Amy graduated from the University of Louisville with a Bachelor and Masters of Mechanical Engineering..
Amy began her involvement with FIRST when her son joined FRC Team 4926, GalacTech, in 2014 and was instantly captivated by the program.  She is now the Treasurer on the Board of Columbus Robotics and a Lead Mentor for Team 4926. 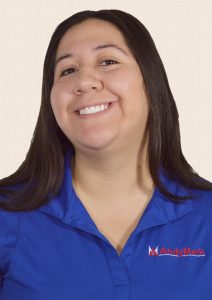 Liz Smith is an Applications Engineer for AndyMark, Inc. in Kokomo, IN. She helps with product development and customer support for robotics parts.

Liz graduated from Rochester Institute of Technology in Rochester, NY with a degree in Industrial Design.

Liz started FIRST in 2004 as student on FRC team 555 in Montclair, NJ and since then she has been volunteering at FIRST events and mentoring teams. She has been a FIRST Technical Advisor (FTA) since 2009. Currently, Liz is mentoring FRC team 3940, CyberTooth in Kokomo, IN. 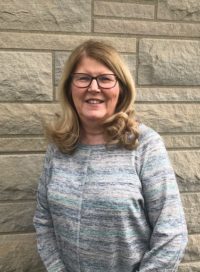 Terri retired as the Associate Dean for Recruitment, Retention, and Student Services for the Purdue School of Engineering and Technology, IUPUI in 2019. During her 17 year tenure she developed many programs and opportunities for students interested in STEM Careers and was instrumental in the creation of the Motorsports Engineering degree program.

A strong advocate for FIRST Robotics, she developed scholarships, volunteer and internship opportunities for students who had participated in FIRST during high school. Terri has served as a judge and volunteer at FIRST events for several years.

Nathan Petrie has been involved with FIRST since 2013 when he joined FTC 4601. Since then he has been on FTC 4600 for one year and FRC 135: Penn Robotics for two years. He attended IUPUI and graduated in December of 2020 with a BS in Electrical Engineering. He works as a Controls Engineer for material handling integrator Bastian Solutions in Indianapolis, IN and stays involved in FIRST as the Lead Robot Inspector for northern Indiana. 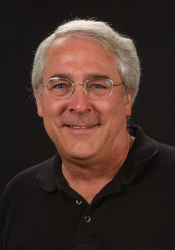 Hugh is the Vice President of Meyer Material Handling Products Inc. in Indianapolis, IN. He works with various kinds of automated storage and retrieval systems and is the network administrator for the local network. He is also responsible for several product websites and advertising programs.

Hugh serves as a programming and electronics mentor for FRC team 1741 Red Alert Robotics from Center Grove High School in Greenwood, Indiana. He started with the team during the 2008 FRC season. 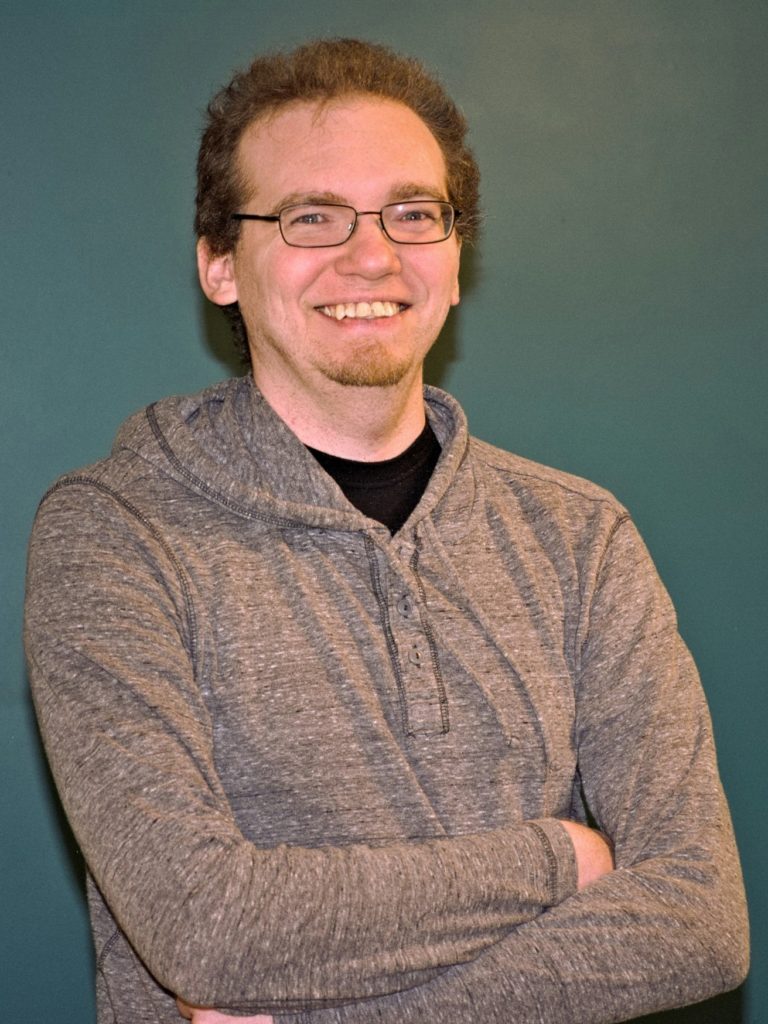 Brad Thompson is a Software & Systems Engineer for AndyMark, where he works on a variety of internal & public-facing web applications and helps solve IT, data, & software problems for coworkers and customers.

Brad graduated from Purdue University with a degree in Computer Science in 2013. While at Purdue, Brad was introduced to FIRST through Purdue FIRST Programs, where he served as an FLL mentor, Director of Junior Robotics, and Vice President.

Brad is now the program coordinator & co-lead mentor of FRC Team 461, Westside Boiler Invasion, and it’s several feeder FTC & FLL teams. He is also a frequent volunteer for events at all levels of the FIRST pipeline, primarily as a judge or in AV/Event Production roles. Brad also helps take care of FIN’s website and other IT needs. 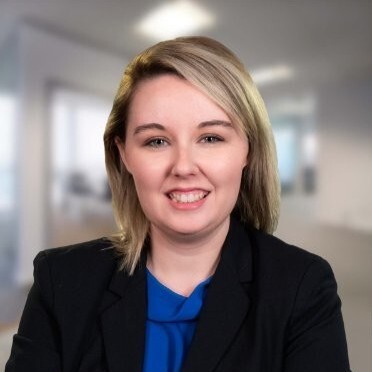 Caitlin Sheesley-Brown is the Director of Operations and Talent at Ascend Indiana. She manages Ascend’s internal operations and provides professional administrative support to the President and CEO. Caitlin is an Associate Faculty member for the IUPUI School of Engineering and Technology and earned her Master’s of Public Administration in Non-Profit/Public/Organizational Management.